I feel it worthwhile to write a few paragraphs about my homeopathic experience in India.

It was an amazing and breathtaking time being immersed in the homeopathic teachings and applications in the city of Kolkata and also in Bodhgaya, Bihar, and Darjeeling where us students practised in clinics and orphanages.

The experiences gained here were momentous and life changing.

I saw the tremendous results gained using homeopathy in people with extreme pathology. Some of whom had tried every other form of medicine available to them.

We saw patients in clinic with huge tumours, advanced deformities, stage four cancers and extreme psoriasis but the one case that stood out for me was that of post meningeal spastic paraplegia in a 12 year old boy who, due to his inability to develop, looked 5 years old!

His mother was given the remedy for him to take and was asked to return in two weeks. We were all absolutely stunned and overcome with his mother's joy at seeing her son being able to move and make contact with the world around him for the first time in seven years.

His muscles were beginning to relax and he was able to take my finger in his hand and squeeze it, much to his amusement. At this point, the efficacy of homeopathic medicine was put absolutely beyond any doubt. 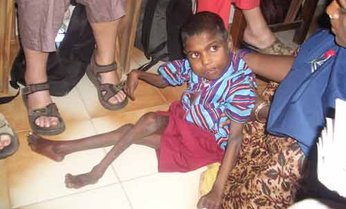 In 2015 I began a four year training in Dublin at the Irish School of Homeopathy for the professional licentiate in homeopathy and graduated in 2019. ( A proud moment in the Graduation day ceremony with School Director Gerry Murphy on the left.)

In 2006 I travelled to Kolkata, India to study with Dr Subrata Banerjea spending a month in his clinic. (See below )

I initially studied anatomy and physiology, naturopathy and homeopathy at the College of Naturopathic Medicine from 2003 to 2009.

I keep up to date by attending relevant courses and seminars as part of Continuous Professional Development requirements and am fully insured to practice.

I was one of those kids in England who had half their teeth filled with dental amalgam by the time I was a teenager although the only reason for that initially was because they were uneven so they were drilled out to somehow help with chewing better!!!

The first eight fillings arrived aged 7, and that corresponded with a sharp decline in my mental abilities and general focus.

The amalgams were of poor quality and had to be constantly replaced, all the while gaining a steadily increasing chronic exposure to metal toxicity. Then I went on to work with very toxic substances including red lead oxide, mercury and hydrofluoric acid in addition to many years of solvent and di-chloromethane exposure.

Along the way I received a variety of travel vaccines and prophylactics, which incidentally did not stop me getting malaria, because it mutates so frequently the drug companies were years out of date with the batch I had.

Eventually all the amalgams were removed, at great expense, and found my sharpness increasing but not sufficiently I felt.

I tried a number of detoxes to help clear it but nothing worked as well as homeopathy for eliminating the worst of the effects of mercury toxicity.

I have also been able to use a tropical vaccine detox programme and also a programme to clear out the lasting effects of toxic metals and volatile substances men often seem to encounter in workshops and factories etc.

It's all part of the job they told us, but that's not how I see it. You aren't supposed to take your job home with you and no one should have to pay with their health while someone else makes a profit out of it.

So if you are like me and feel you've been affected by exposure to environmental toxins, come and let's see if we can get them cleared out using homeopathy. It has also been of great benefit in dealing with all those work and sports related injuries picked up along the way that were starting to slow me down.

Over the last twenty years I have been practising Tai Chi, Chi Kung, Yantra Yoga and also the Taoist philosophy of Wu Wei, which is hard to define, but is like non-interference, or to allow things, if possible, to correct themselves.

Homeopathy is rather in tune with this way of thought, as we are giving the minimum dose necessary to effect a change, a change which is brought about by the patient's own vital force. In essence, the patient heals themselves, the remedies just provide the stimulus for the self healing action to begin.

Since moving out to the country I have become an enthusiastic tree planter and am seeking to get to know the plants in my local environment better, especially those, and there are many of them, which have nutritional, medicinal and therapeutic properties.

The simple dandelion for example, is not only highly nutritious but has a multitude of therapeutic uses and is utilised in homeopathy under the name Taraxacum Offinialis. The same can be said for Urtica Urens, the common stinging nettle.

I am always looking to add to my learning which often comes from where I least expect it to.

What about the spiral ?

For me an image is a very powerful form of

communication speaking to levels of

consciousness beyond our ordinary waking state.

In this case the symbol of the spiral indicates the

three planes in which the healer, and the one to

be healed, travels on their journey together.

Mental, emotional and physical worlds are explored, and sometimes it is a labyrinthine process, however, with perseverance it is possible to reach the core of inner disharmony and begin the journey back to health and the greatest expression of your true self.

A journey of a thousand miles begins with one small step. Are you ready?