The physician's highest calling, his only calling, is to restore the unwell to health.

The highest ideal of cure is to restore health rapidly, gently and permanently. 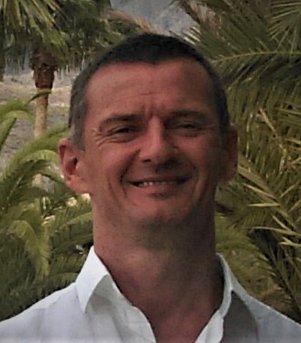 See below for consultation days, times and prices

What I am passionate about and why...

Chemicals, drugs, anti-biotics, steroids, hormones, radiation, etc. all play a part in building toxicity in the body. Continuous exposure puts more of a strain upon the body's ability to discharge them.

In the consultation we may find that exposure to be an obstacle to cure, and maybe even the original cause of illness.

So many of today's illnesses that appear to have no obvious cause have their origin in toxicity of the body.

Many toxic materials affect the endocrine system, which controls our hormonal output and function and neurological system. When this is disrupted we are out of our natural state of balance.

Therefore we have a number of toxicity clearing programmes available to reduce or remove the effects of these substances, no matter how far into the past the exposure has taken place.

Why am I interested in this subject? It has been a major part of my life. See my story.

The World Health Organization reported that "globally, more than 300 million people of all ages suffer from depression." Furthermore, at its worst, depression can lead to suicide, and close to 800,000 people commit suicide every year. Suicide is the leading cause of death in 15 – 29 year olds.

Unfortunately, depression as well as other mental health conditions is on the rise, and clearly we need to take a closer look at ways to improve these sobering mental health statistics.

I am very keen to look at at the causes of depression that is so prevalent these days.

So many factors may need to be considered in doing this.

All kinds of trauma from the very earliest of our days, and even beyond into our ancestors' lives, can be considered causative to depression. Along with our lifestyle, exposure to toxins, (again) hormonal imbalances, unrealistic expectations placed upon us, guilt, pressures, fears, complexes, physical injury, losing one's independence etc.

It is the origin of causes that we seek to discover in homeopathic consultations and select the remedy according to the unique presenting symptoms of the individual.

The definition of health according to the World Health Organization - "Health is a state of complete physical, mental and social well-being and not merely the absence of disease or infirmity"

An often neglected area in life is men's health, and although that term is often considered to refer to sexual matters there is much more to it than that.

Yes, we look at sexual function (or dysfunction) but also at difficulties that arise with urination, excretion, liver and kidney function, bowel health, sweat, sleep and of course the health of all organs and systems in the body.

One of the main factors here is also mental health. Men are rarely in a place where they have been asked how they actually are in response to the variety of demands throughout the life. Men are often just expected to get on with it, get a grip, get over it or pull yourself together. Getting the chance to talk about this often goes on to help resolve problems in the physical body.

- In Eire and the UK nearly half of all men die from heart disease and related conditions such as stroke.

- Almost five times as many men die from cancer of the prostate as the number of women who die from cervical cancer yet prostate cancer is much less researched.

- Melanoma kills more men than women, even though more women than men are diagnosed with it.

- Most alcoholics, drug addicts and patients in psychiatric hospitals are male.

- Men also suffer from conditions generally assumed to affect women only., such as breast cancer, osteoporosis and anorexia or bulimia.

- The vast majority ( around 80%) of those who take their own lives are male, although depression is twice as high in women. Is that because women speak more openly about depression while cases of depression in men go unheard and unreported?

- Many men have difficultyin coping with critical losses such as bereavement. separation, divorce, redundancy or retirement.

- Men tend to suffer from more severe forms of acne than women. Up to 80% of adolescent males get acne and are often very depressed because of it.

-  Most miscarried foetuses are male as well as most babies born with congenital defects.

- The mortality rate for the first year of life is higher for male babies.

This is a great way to find out if you think homeopathy is the way for you.